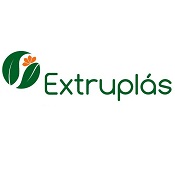 The SLIP R&D project consisted of the study and characterization of plastic shavings (a residue of several productive processes, to be disposed of at a landfill), research of adequate equipment for drying of the shavings, so as to allow its recycling through an extrusion process. The project was financed by QREN and was undertaken as a partnership with the company Extruplás and Escola Superior de Tecnologia of Setúbal (EST-Setúbal), in 2009 and 2010, and was executed by members of ATTCEI.