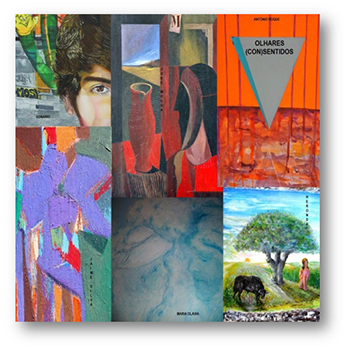 From the 20th of October to the 9th of November, the collective painting exhibit OLHARES (CON)SENTIDOS took place at Casa da Baía, promoted by ATTCEI. The inauguration, which received a large attendance, between 4 PM and 8 PM, counted with the presence of the participating artists as well as the President of ATTCEI, Engineer Henrique Faro, who had the opportunity to thank everyone who took part in this organization.